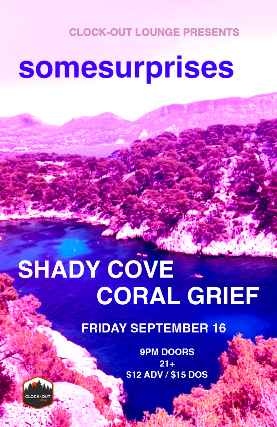 With its 36th release, Drawing Room brings in a new wonder with somesurprises’ self-titled debut LP, a treasure among pop treasures. The album explores a range of styles, from gradually intensifying meditative drones, to songs where the same moment never quite happens twice. As in previous cassette releases with fewer members, El-Sergany uses her ethereal voice as an instrument, no more or less central to the music than a guitar hook or a drumbeat. But the vocals and lyrics are more in focus than ever before. From shimmering cascades of reverbed guitar chords, to driving bass and percussion guiding guitar and synth freak-out outros, as a full band, somesurprises finds its fullest expression yet. The songwriting here, laden with effects and orchestral arrangements, reaches for more than navel-gazing, or (even shoegazing) and seeks, perhaps, through knowledge of the self, to guide the way out of one’s own mind.
https://somesurprises.bandcamp.com/album/somesurprises