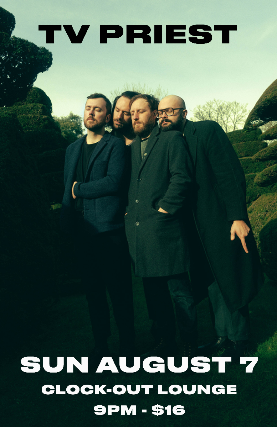 Without a brutal evaluation of their own becoming, TV Priest might have never made their secondalbum. Heralded as the next big thing in post-punk, they were established as a bolshy, sharp-wittedoutfit, the kind that starts movements with their politicalire. There was of course truth in that, but itwas a suit that quickly felt heavy on its wearer’s shoulders, leaving little room for true vulnerability.
Having made music together since their teenage years, the London four-piece piqued press attention inlate 2019 with their first gig as a newly solidified group, a raucous outing in the warehouse district of Hackney Wick. Debut single “House of York” followed with a blistering critique of monarchist patriotism,and they were signed to Sub Pop for their debut album. When Uppers arrived in the height of a globalpandemic, it reaped praise from critics and fans alike for its ‘dystopian doublespeak’, but the band—Drinkwater, guitarist Alex Sprogis, producer, bass and keys player Nic Bueth and drummer Ed Kelland–were sat at home like the rest of us, drinking cups of tea and marking time via government-sanctioneddaily exercise. As such, the personal and professional landmark of its release felt “both colossal andminuscule” dampened by the inability to share it live. “It was a real gratification and really cathartic, buton the other hand, it was really strange, and not great for my mental health” admits Drinkwater. “I wasn’t prepared, and I hadn’t necessarily expected it to reach as many people as it did. It sounds a bitnaïve, but it was all very quick. It felt kind of divorced from reality.” 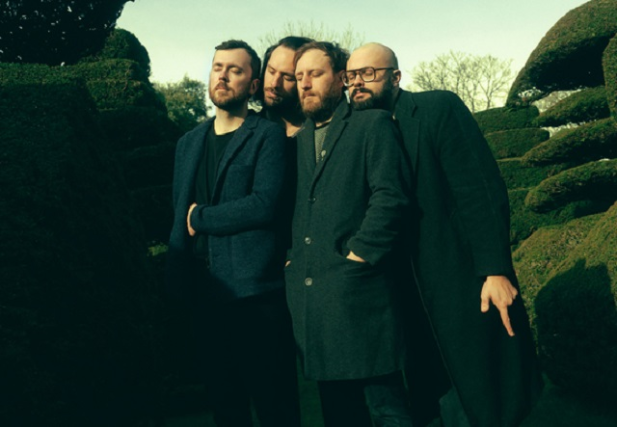