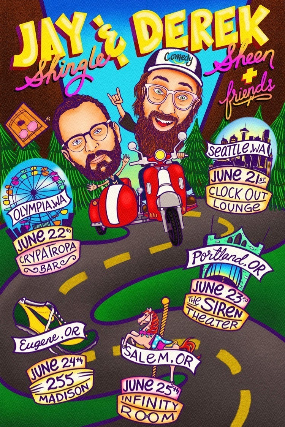 Derek Sheen is a cuddly mess of insecurities and a gifted, one-of-a-kind storyteller. His ability to mine humor from the dark, humid corners of the human condition has made him a cult favorite of comedy nerds around the globe.
Despite a lack of television or film credits, he has amassed a pretty loyal fan base touring with comedy legends (name-drop alert!) Brian Posehn, Patton Oswalt and Janeane Garofalo.